Axonometry is a loose set of photographic works whose common denominator is the fact that they all represent reality as an axonometric view. This is an apparent paradox: one sees reality in perspective (and this is what the camera records), and axonometry is a technique representing reality in an abstract, geometric fashion, which by definition contradicts the fundamental rules of perspective. In other words, the expression "axonometric photography" is a contradiction in terms, since photography is always a representation through perspective.

This visual paradox has intrigued me for some time, and I have over the years created several axonometric photographs, most of the times visualisations of buildings (as axonometry is very often used in architectural designs), but also of objects. These images were ether parts of larger projects, or self-sufficient works. The quasi geometric aspect of these photographs, but also the need to build these images literally from scratch, has led me to represent imaginary buildings, legends of the modernist tradition. 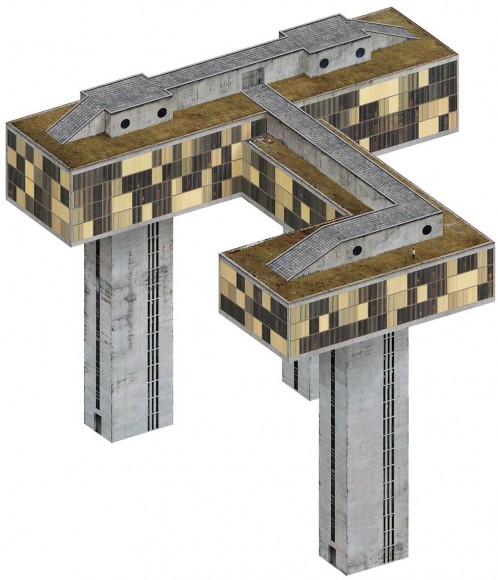