The Concrete Jungle installation is an attempt at bringing to life one of my favourite sights, that of plants growing behind windows, usually in staircases or halls of concrete blocks, and seen at night. They always were some kind of living and comforting sight in an overall mineral and aggressive environment.I always thought of it as a splendid subject to photograph. However, as I was thinking about a way of achieving such photographs,
it appeared that the sensuality of living plants was so great that I could not resist the urge of using one, and creating the adequate living conditions in a miniature and claustrophobic concrete block. In parallel, the plant is presented on a photograph, artificialcopyof a living organism. Therefore, the photograph will remind of how the plant looked liked when it was originally installed in its new home, when the real plant will be all but dry leaves.

While doing research on greenhouses, I read that 19th century British socialists hated the Crystal Palace (the largest greenhouse ever built, destroyed in the 1930’s), because the attraction it created was so huge it distracted the working classes from making the revolution. Astonishing as this information was, it came as no surprise to me. 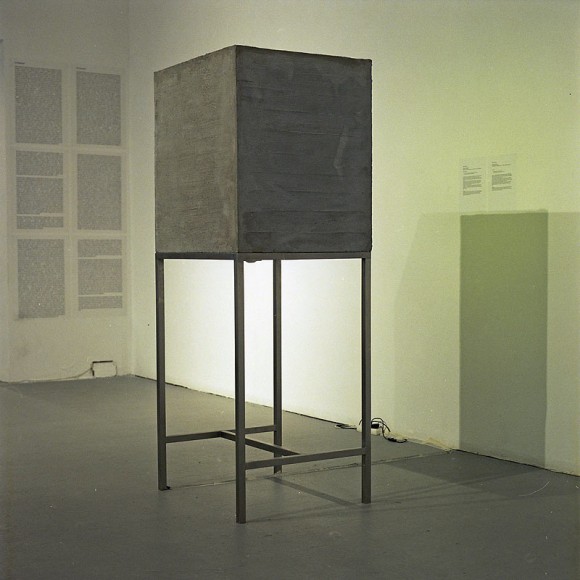