Visaginas is a small town in the north-eastern part of Lithuania, built between 1975 and 1976 to house the engineers and workers of the nearby Ignalina nuclear plant. Wisaginas is a rare urban experiment, since the entire town was built in one go, upon plan, in the middle of the forest. It seems, in a way, the heir of the ideal cities of the Enlightenment. Furthermore, Visaginas appears to be perfectly autarchic; cut off from big urban centres, it has its own post-office, railway station, lake, stadium, cultural centre, cinema, and of course, hotel. And the hotel of Wisaginas is to an Intercontinental Palace what the town is to a metropolis: everything is there, but in a miniature size. The hotel has its own reception lobby, bar, restaurants, beauty parlour, etc.

Unfortunately, the Ignalina nuclear plant has been declared unfit according to European Union norms and has to be shut down. The closing down is progressive, unfolding over a few years, but the town is being deserted. The same fate awaits the hotel.

Hotel Wisaginasis a vivisection of the hotel, in order to show the building as a whole through its different parts, neglecting none of them, from the lobby to the corridors and through the bowling room and the beauty parlour. 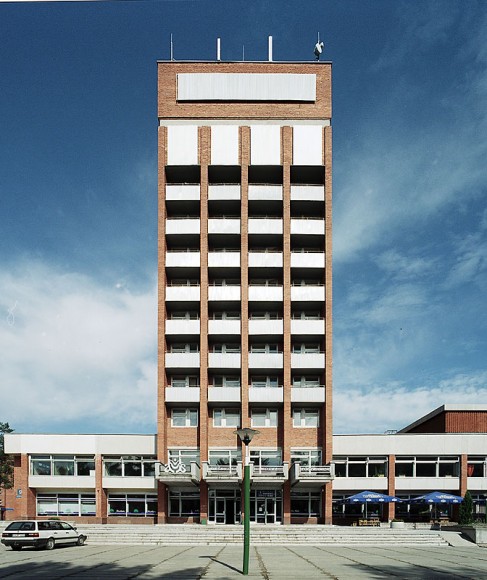