Rem Koolhas, in Delirious New York, ends his book by an imaginary tale about Russian avant-guarde architects, who escaped the Soviet Union to reach New York. The decision to escape the USSR was made in the 1930's, and the means of transportation was a floating swimming pool, which, when all the architects were swimming synchronically, would move in the opposite direction. Thus, swimming towards Moscow, they only reached Manhattan in the mid-1970's. Unfortunately for them, the Manhattan of the 70's had little to do from what they had dreamed of at the onset of their journey.
It is this moving, wonderful and absurd endeavor that inspired me to create K-Pool. K-Pool stands for Koscisuko Pool, an open air swimming pool in Brooklyn, NY (built in 1958-60 by Morris Lapidus), whose intricate design and incredible shapes I used to re-create Rem Koolhas' vision.

K-Pool i Spółka (which could be translated as "K-Pool and company"), juxtaposes this imaginary swimming pool with real achievements of Soviet Union architects, the very colleagues of those who decided to flee the USSR. While these were swimming, back home, they were erecting astonishing buildings. But also swimming pools, which now, for the majority of them, rest unused, as a final irony to this visual journey. 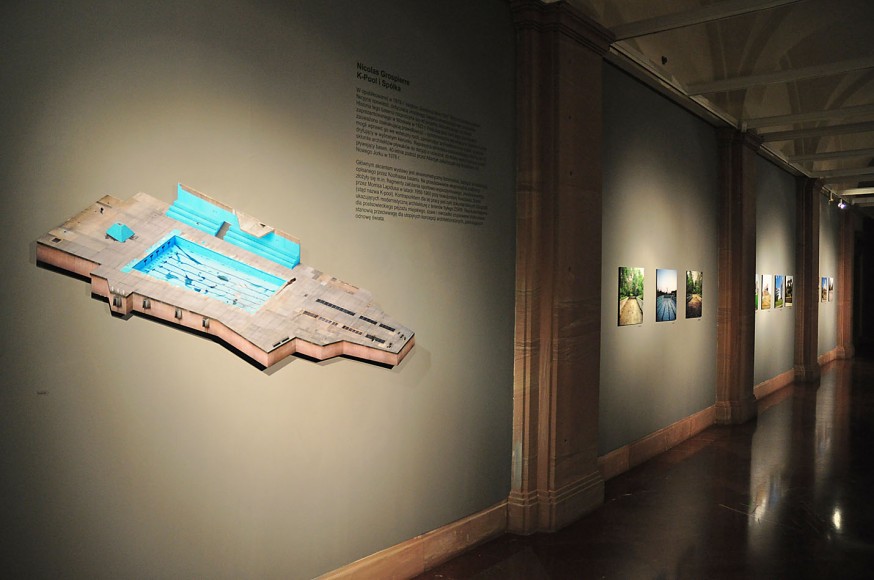