In the Mausoleum, Grospierre and Mokrzycka reproduced on a life-size scale the private collection of stuffed animals of Nugzar Dzanishia, who shot them and stuffed them all by himself. More precisely, this collection of 700 animals is the only “living” space of a huge cultural and commercial complex of the 1970’s, now abandonned under the Republic Square in Tblisi, Georgia. Grospierre and Mokrzycka then transfered this photographic frieze in the abandonned underground club-lounge below the Tribune at the foot of the Palace of Culture in Warsaw, where the Communist dignitaries used to assist at the military parades on May 1st. The 15 metre long frieze takes us not only to another place, but also back in time. It is a reference to the wunderkammer of old, but also to the time when propaganda kept hidden what was happening in real life. In this way the stuffed animals, placed in the social realistic interiors of the Tribune are relics of a past, which, not without any reason, is currently being burried. 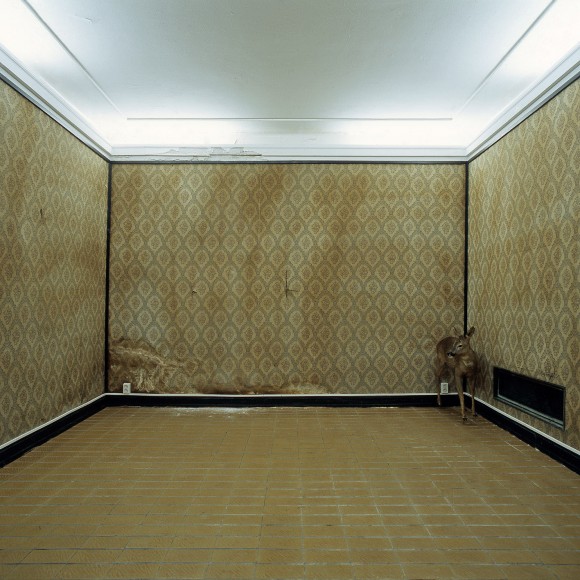