The Afterlife of Buildings

The Afterlife of Builings was an exhibition shown in the Polish Pavilion during the 11th International Architecture Biennale in Venice in 2008. This exhbition showed pictures of Nicolas Grospierre and Kobas Laksa, and was curated by Grzegorz Piatek and Jaroslaw Trybus. It was awarded the Golden Lion for Best National Participation.

The Afterlife of Builings is an attempt at tackling the issue of durability of architecture in changing economic, social and aesthetic conditions. It features 6 tryptichs showing prominent buildings raised in Poland in the last 2 decades. They display, on the one hand, the way buildings currently looked like, through solemn photographs by Nicolas Grospierre. On the other hand, photomontages by Kobas Laksa showed the way the same buildings could look like in a not so distant future when the conditions having led to erect these buildings will have changed.

Furthermore, The Afterlife of Builings also changed the Polish Pavilion itself, which was, for the time of the exhibition, transformed into a hotel. This was done on accounts that the Venice Pavilions are most of the time empty, while the city, is on the contrary, most of the time overcrowded and lack places to sleep. The pavilion was thus used as an additional sleeping venue, and hence the exhibtion's second title Hotel Polonia.

The Afterlife of Builings was shown in 2009 at the Zacheta National Gallery under the title Disco Zacheta. For the time of the show, Zacheta's austere interiors were trasnfromed into a discotheque. 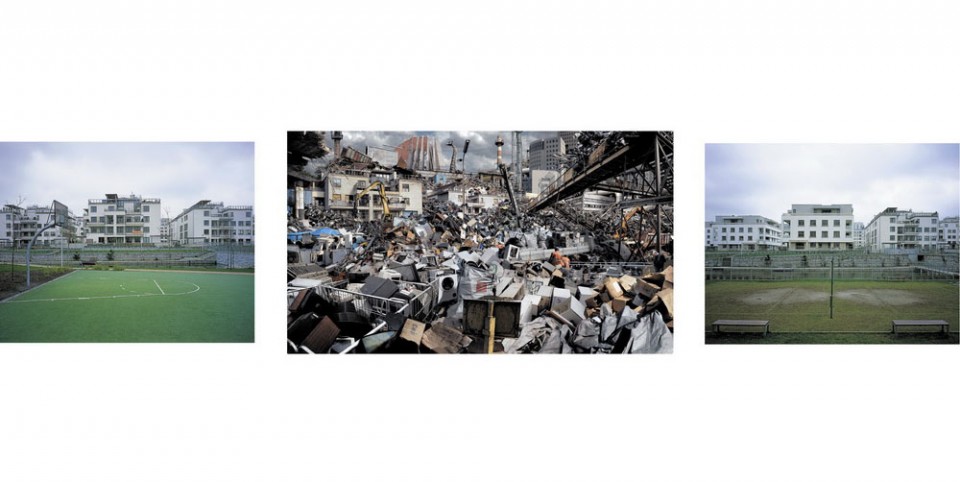