The Bank is a photographic installation which plays with the idea of the financial institution, where the bank stands as a metaphor of wealth, and more generally, all material things.

The Bank’s key driving ideas are the following : on the one hand, that one is always drawn to what is hidden and concealed, and that one always wants to discover what is behind closed doors. And on the other hand, that apperances may be deceiving.

Practically, the installation consists of series of photographs and of photographic objects which are designed to tickle the viewer’s curiosity and try to discover what is hidden behind the innumerable doors of the Bank.

Formally, the Bank is organised on three sets of elements. First, the viewer is confronted with photographs of deserted and disused New York banks interiors. Second, the viewer enters the vault, which is made out of 10 life size photographs of safe deposit boxes. There are approximately 2000 safe desposit boxes represented in this vault, each one with a number. The numbering of the safe deposit boxes hide a secret message, invisible at first sight, that the viewer is invited to decipher. Third, and finally,the viewer is confronted with the Safe, at the core of the installation. It is a photographic object representing a life size bank safe, whose doors may be openened.

Metaphorically, the Bank is an attempt at tackling the finiteness and illusory character of all material things. Once all doors have been opened, the viewer may well realise that there really is nothing to be found. 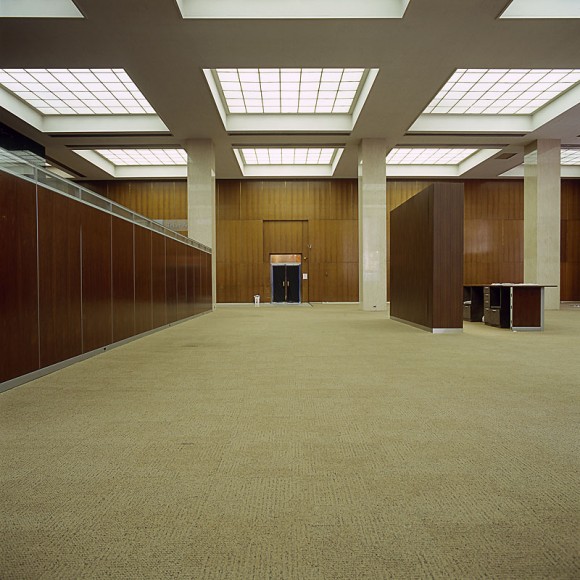