The Embassy project is a semi-fictional semi-documentary series of photographs of an embassy of an Eastern European country of the former COMECON. The photographs were indeed all taken in a real Eastern European unused embassy, however it has been chosen to modify slightly some of them, in order to produce confusion in the viewer’s mind as to wether what he is watching is true or not. The viewer is thus invited in a slightly Kafkaesque journey through empty offices which become more and more claustrophobic and unreal. In a reference to the Cold War diplomatic habits of manipulation, as well as to the former soviet bloc’s use of photomontage, these photographs are seeminlgly documentary, ergo objective, whereas in reality the viewer will never know if what he sees is true or not, truthful or manipulated. 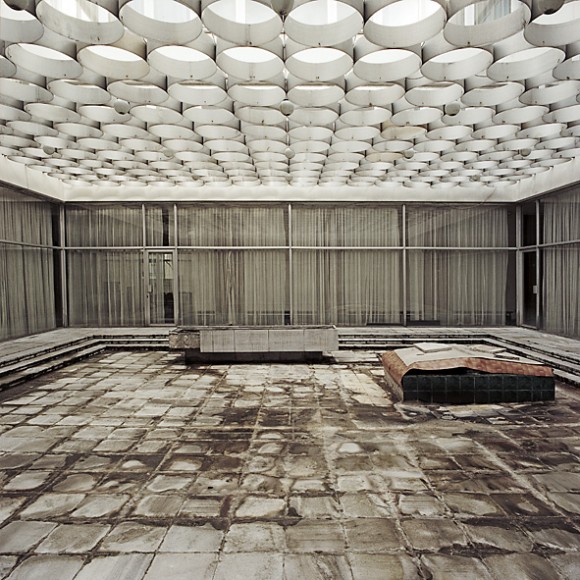