The Glass House has two distinct and yet somewhat similar inspirations.

First, I had been interested in the facade of the Polish National Bank, seen at night, and especially its windows, which showed the most exuberant and diverse display of plants. It looks like an extraordinary burst of green life, brought and kept to life in an austere and brutal environnment.

Second, I found the idea of the Glass House, in 20th century architecture theory and practice, very attractive. To me it summed up the beauty and utopian character of modernism. On the one hand, it was an idea progressive and distopian at the same time : glass thought as a way to improve humanity’s living conditions, but also as a means to control it. On the other hand, all modern buildings nicknamed “glass houses”, were nearly always thought of as great architectural achievements, but impossible to live in.

The Glass House merges these two inspirations into a single photographic piece. 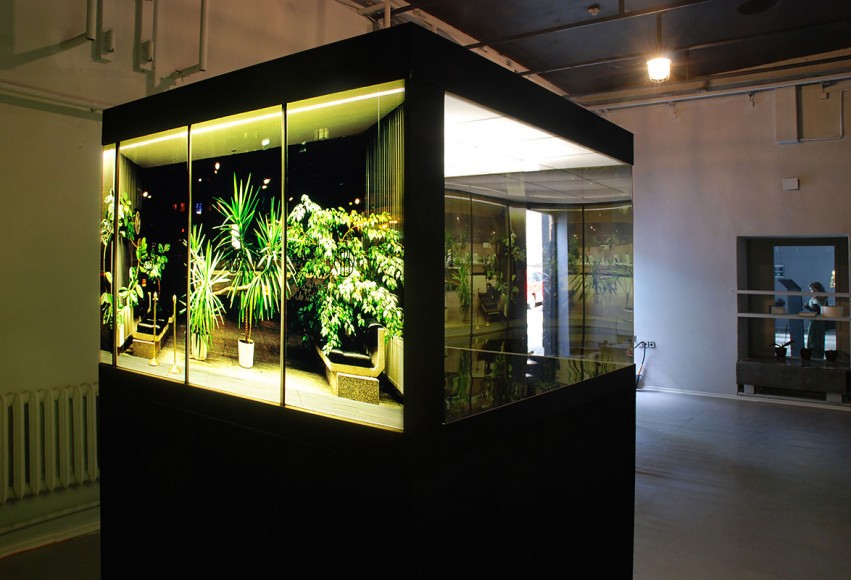