The revolution eats its own...

The Revolution eats its own... is a site specific piece commissioned to celebrate the 21th anniversary of the first free elections of June 1989 in Poland.
The piece was located in the historic printing house Dom Slowa Polskiego, which in the 1950’s printed communist propaganda, and in the early 1990’s the first non-communist newspaper Gazeta Wyborcza. However, with the economic changes that occured in Poland after 1989, this printing house has been shut down,  as the value of its site being far greater than itslef, and a new office complex will take its place.
The Revolution eats its own... is a visual and photographic comment to this situation. Georg Büchner said that a revolution is like Saturn, it devours its own children, and it seems the capitalist one is no exception to that rule. The printing house is currently in the process of selling all its assets, be it its land, walls, or machines. In a way, it has been a victim of its own activity, as it is the freedom (be it political, but also economic), that it has promoted (with the printing of Gazeta Wyborcza), that has led to its demise.
I have chosen to photograph different parts of the printing house : machines, furniture, walls, and present them as three-dimensional objects that actually look like books, from a distance. They are displayed in an exhibition cabinet that was used to show the printing house’s products, since it seems that they are the few remaining things that the printing house is capable of producing. 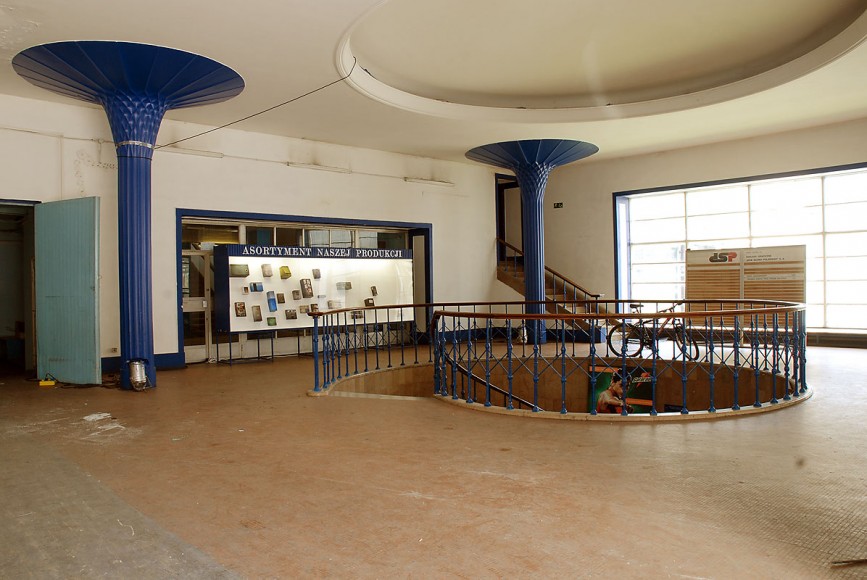