The context of the W-70 project was the Concrete Legacy exhibition at the CCA in Warsaw in June 2007, which “focused on concrete block housing as one of the gravest consequences of Modernist architectural thought”, and its embodiment in Poland. The W-70 system was the most popular prefabricated multi-storey home system in Poland during the 1970s.

The firststep of the W-70 project consisted in photographying approximately 4000 pictures of different elements of this system, in order to be able to re-assemble them later according to one’s will. Using the photographed prefabricated modules as “raw material”, the second step of the W-70 project consisted in creating visual and spatial situations where the viewer could appreciate the concrete block houses from different perspectives (litterally and metaphotically).

I have indeed been fascinated for long years by concrete block houses and in this project I wanted to convey this fascination, either using some visual properties of perspective (as a reference to the tradition which lead to the Modernist school of architecture), or confronted the viewer with unusual architectural situation. In this way, I tried to achieve pieces that would amuse and intrigue the viewer, and maybe make him look at the modern block houses differently. 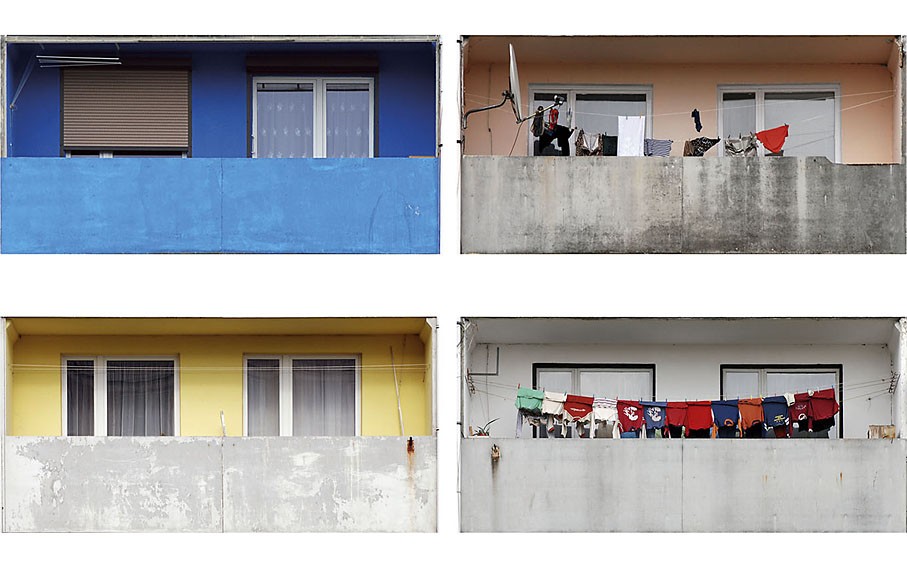