The Europejski Hotel is one of Warsaw’s Palace hotels. Built in the 1870s, and left almost untouched by the war, it was nationalised by the communist regime and remained then one of the most prestigious hotels belonging to the Tourism State Company, Orbis. It was only in 2005 that the former owners of the hotel, the Potocki family, were given it back. The hotel currently awaits renovation, since the verdict reprivatising the hotel stated that it could not be used as a hotel until 2008. However, before handing back the hotel to the Potockis, the Orbis Corporation took away all of the furniture and interior decoration it could possibly take. The hotel is thus at the moment an empty shell, with all of its rooms unused.

The Hotel Europejski project is a systematic inventory of the hotel rooms. All of the photographs were framed and shot likewise. In this way, one may easily notice that there are only three variables in the very sober decoration of the rooms: the carpet, the general arrangement of the walls, and the ceiling height. And yet it seems there are countless possible combinations, since although it is difficult to distinguish one room from the other, they are in fact all different. 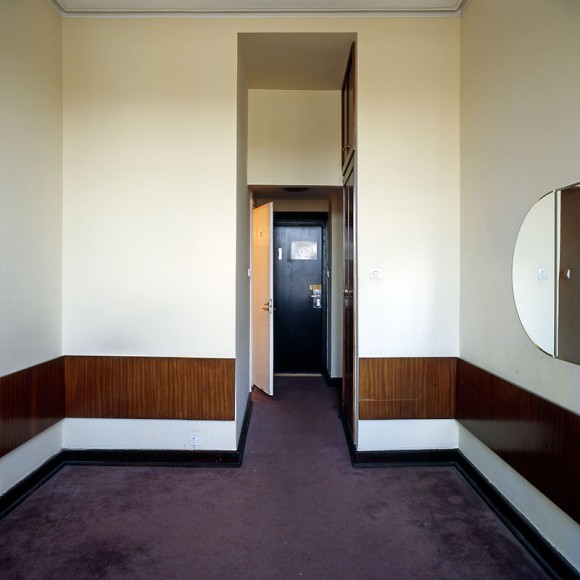